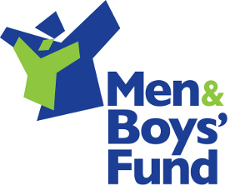 The Men & Boys’ Fund works to make it possible for men and boys to improve the quality of their lives, increase self-sufficiency and make a positive difference in their community. The Fund supports programs and initiatives that benefit men and boys in Bristol, Burlington, Plainville, Plymouth, Southington and Wolcott.

Men and boys have specific important needs that are not being met:

The Men & Boys' Fund seeks to:

In fulfilling immediate short-term needs and supporting long-term programs, the Men & Boys’ Fund seeks to partner with local organizations that are working to improve the lives of boys and men in the areas of education, health and wellness, leadership, life skills, and workforce readiness.

To learn more about the Men & Boys' Fund, visit Main Street Community Foundation's YouTube page to watch short videos on the history of the Fund, the need for the Fund and the hope for the future.

The Men & Boys’ Fund is a community-based endowment established in 2016 at Main Street Community Foundation to improve the lives of men and boys in Bristol, Burlington, Plainville, Plymouth, Southington, and Wolcott. The idea was brought to the Foundation by a group of local residents. The group then began holding several community meetings with local leaders, social service providers and businesses to discuss and identify the unmet needs of local men and boys. In 2017, the Men & Boys’ Fund held two community meetings, raised more than double the fundraising goal, awarded the Fund's first two programmatic grants and fulfilled eight immediate response requests.

Boys & Girls Club of Bristol - $1,000
Passport to Manhood, a program that reinforces character, leadership and positive behavior in boys ages 8-17

Bristol Family Resource Centers - $1,700
Expansion of the WatchDOGs (Dads of Great Students) program to offer a series of 10 workshops to educate and increase fatherhood engagement

The Children’s Law Center - $2,000
Legal representation of male children in family court from the communities of Bristol, Burlington, Plainville, Plymouth, Southington and Wolcott

YWCA of New Britain - $3,000
Men and Boys Advocacy through the Sexual Assault Crisis Service which provides free and confidential services to survivors of sexual violence and their loved ones in Bristol, Burlington, Plainville, Plymouth and Southington

In addition, since 2016, the Men & Boys' Fund has fulfilled nearly two dozen immediate response requests with small amounts that made big differences:

Events
Annual Celebration
The Men & Boys' Fund will host a breakfast event on June 8, 2023, at the DoubleTree by Hilton Hotel Bristol. It will be a morning of motivation and inspiration in celebration of the work the Fund has done thanks to you as we aim to build an even greater future to ensure the Fund can continue to address unmet needs of local men and boys.

Proceeds from the event support grants to programs assisting men and boys in Bristol, Burlington, Plainville, Plymouth, Southington and Wolcott.

Save the date and more details will be announced soon!

A Big Thank You to the 2023 MVP Breakfast Sponsors!

□ Call 860.583.6363 to arrange a 10-minute phone conversation with a Men & Boys’ Fund Advisory Board member to learn more
□ Be added to our email and/or mailing list
□ Attend a Men & Boys’ Fund event
□ Schedule a Men & Boys’ Fund representative to speak to your local organization or group
□ Volunteer to serve on one of the Fund’s committees: Distribution, Community Engagement, Asset Development and Event Planning
□ Visit our Facebook page
□ Donate

To make a donation directly to the Men & Boys' Fund, please click here.
To contribute to any other funds, please visit our Donate Now page.