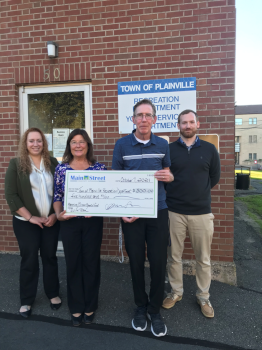 Swimming was instrumental to the Manning and Sisson families of Bristol and Plainville, so when they decided to establish a fund at Main Street Community Foundation to honor the memory of Mary M. Sisson along with her parents, Dennis and Anna May Manning, they knew what the purpose would be.

In 2021, the Manning/Sisson Memorial Fund was established as a donor advised fund, allowing for grants to be made at the recommendation of the donors. However, the families have stated that grants will be awarded to organizations with preference for programs that foster the sport of swimming through team competition and skill-building at the municipal recreational level for the City of Bristol or the Town of Plainville, and/or support of swim team programs at the collegiate level.

“We are so proud to support these programs,” said Clare Wight, Dennis and Anna May’s daughter. 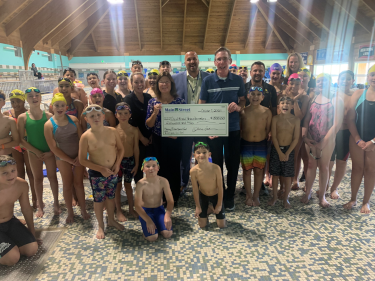 Mary was the oldest of the seven Manning siblings and an accomplished swimmer. She worked as a lifeguard at the Marriott in Farmington and the Dennis Malone Aquatic Center in Bristol, and she served as a swim team coach for the recreational team in Plainville. She was often seen performing her expert duties as a Connecticut Swim Team Official at high school swim meets.

“We hope to foster compassion, kindness and build the character of young individuals through the sport of swimming in the same manner it fulfilled their lives,” said Don Sisson, Mary’s husband.